HomeArticlesHow to make money as a guitarist – part 2

How to make money as a guitarist – part 2

In this second article we’ll look at how to make money as a guitarist through performing.

Making money as a performing guitarist is just as viable for many guitarists as teaching is. And if you want a full-time career in music you’re likely to need to do both.

Having said that, some of these other areas of work may require a higher level guitar skills than others.

Some may include sight-reading (see my article ‘Do guitarists need to learn to read music?‘), a weak point for many of us axe grinders.

Making money as a guitarist by performing live

The key to making money as a guitarist by performing live is to recognise the difference between performing for pleasure and performing to earn a living.

It’s hard for a guitarist to make a much money performing original music unless you already have a successful recording career.

So for most guitarists it’s performing covers that will make their money. This will primarily consist of performing at organised events such as weddings, or performing in bars and clubs.

Performing at weddings and other events will make you more money than the bars and clubs. The standard of musicianship is generally higher though and you’ll need to travel more.

With both of these options you can either:

Making money as a guitarist in an already active band

To join an already active band you will need to ‘network’.

This doesn’t mean schmoozing your way around the room at fancy cocktail parties. It just means: meeting other musicians.

Ask every musician you know if they know of a band that needs a guitarist or a ‘dep’ guitarist. Ask on more than one occasion as situations change all the time.

If you don’t know any musicians yet then it would sensible to meet some either by going to jam nights or just going to gigs.

Once there, bite the bullet and introduce yourself to a few people. What’s the worst that can happen?

The more musicians you know, the more likely you are to get in a band and make some reasonable money with your guitar skills.

Using media and the internet

Occasionally certain publications or websites advertise for ‘musicians wanted’. These often tend to be bands requiring a bassist, drummer or singer rather than guitarists.

This is because there are so many more guitarists in the world than bassists, drummers or singers – especially male singers.

Nonetheless, you should keep an eye out for these announcements and make the most of them if you get an audition. For more on this, read my article ‘How to get in a band‘.

To make money as a guitarist, performing in an already formed band is probably the best starting point.

Making money as a guitarist in your own covers band

This will potentially earn you more money than playing guitar in somebody else’s band. But it’s considerably more work too.

Aside from preparing the material to be performed, and of course practising up your own guitar parts, you will have to take on all the administrative tasks. This is the reason you make more money.

These extra tasks include:

In a nutshell, the buck stops with you. You make more money, but that’s because your role is far more than just being the guitarist.

Dealing with each and every problem that presents itself along the way is your total responsibility.

You should probably only consider this option if you already have experience in performing in bands and if you are a very organised person.

If you want to get more order into your life and projects, check out David Allen’s excellent book Getting Things Done.

Think about your band’s market

If you do decide to set up your own covers band, think carefully about how to choose the repertoire. Be sure to choose music that serves the purpose that you will be booked for.

If you are providing music to fill a dance floor at a wedding, make sure all the tunes are well known and suitable for dancing.

Whilst you might love Metallica and The Doors, the bride’s extended family are really not going to be throwing shapes all night to that kind of music.

To make good money as a guitarist and band leader, you must view your band as a product. If nobody wants your product, you won’t make any money.

Making money as a guitarist in a duo

Another option for making money as a guitarist is by performing in a duo. In the UK at present any venue can have a soloist or duo perform live.

More than two musicians and the venue will need a licence in order for you to perform.

This means that if you want to perform in bars then forming or joining a duo may be the easiest option as, in theory, you can play anywhere.

Do a little research into what the law is for live music in your part of the world.

Some other benefits to making money as a guitarist in a duo are:

Styles of music and earning money as a guitarist

There is generally more demand and money available for mainstream popular music than other forms of music such as jazz.

This may seem terribly unfair given the level of musicianship required for playing jazz compared to most popular music, but that’s the reality of live performance. You will make more money as a guitarist playing pop than jazz.

Making money as a session guitarist

What is this mythical ‘session’ thing?

A session is simply a booking by anybody that needs a guitarist to play something for them. They pay you money and you play a guitar part for them.

This could be a guy down the road who has a laptop in his bedroom, who needs a few chords recording for a new song he’s written.

At the top end of the scale it could be a Hollywood composer who needs a guitarist to perform on a film soundtrack. There’s obviously much more money in this type of session, but the required standard is much higher and you would undoubtedly need to be able to read music extremely well.

Being a session guitarist could be a viable way for you to make money, but getting booked for sessions doesn’t just come down to how good you are.

It’s also comes down to your connections, your reputation and almost certainly a little luck too.

You may be the best guitarist in the world but if nobody knows you then your phone is not going to ring, and you won’t make much money.

Meet musicians of all kinds, not just guitarists, and let them know that you’re looking for session work.

Making money as a guitarist in theatres 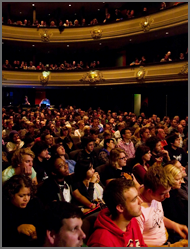 In major cities, such as London, where there are lots of theatres, there is plenty of theatre work. If you’re an excellent reader of music then this can be a great way to make money as a guitarist.

The musical director at most theatre shows will almost certainly be a pianist. This means they will have written scores for you to read, and which need to be performed very accurately.

If this type of work appeals to you but your sight-reading isn’t good enough yet, there are plenty of good books out there for you to get to work on.

I recommend starting with Sight to Sound

Like session work, it helps to meet the right people in order to find your way in. In this case that means other musicians that already work in theatres, or better yet actually getting to know a musical director.

Assuming you live in the city you are going to perform in, you won’t need to travel far and many theatre shows are finished by 11pm.

Are there other ways to make money as a guitarist? Yes though they may be a little more tricky.

You could produce online video guitar lessons and physical products for example.

To do this it’s likely that you would need to have spent some time working as a performing guitarist or teacher first before you can make a go of things. But there’s undoubtedly money to be made.

There are websites out there where you can publish and sell your instructional videos. There’s stiff competition though, so the finished product must be good and very professionally produced.

Producing guitar books could also be a way to make money as a guitarist, if you are suited to writing essays. Be warned though, this takes a lot of time, effort and attention to detail.

You will likely have to spend a significant amount of time marketing and promoting the books yourself.

The alternative is to somehow find a publisher who’ll do it for you. But that will mean giving away some of the money you might have made if you self-published.

Publishing is in itself a minefield and ultimately carries no guarantee that you’ll make much money off the back of it.

The music and education industries are vast. There’s a lot of work to go around and plenty of opportunities for reliable guitarists to make money.

Just be sure to look at things realistically and with your business head on if you are serious about making money as a guitarist.

Try to avoid free-wheeling and falling into the ‘something will turn up’ frame of mind. The reality is that something will probably not turn up unless you make it happen.

You need to be proactive, thorough and patient.

If you do all of these things without upsetting anybody, and you have the required guitar skills, then a good living is there for the taking. You really can make good money as a guitarist, and live a happy life doing what you love. Good luck.

If you liked this article on how to make money as a guitarist please share it with others. 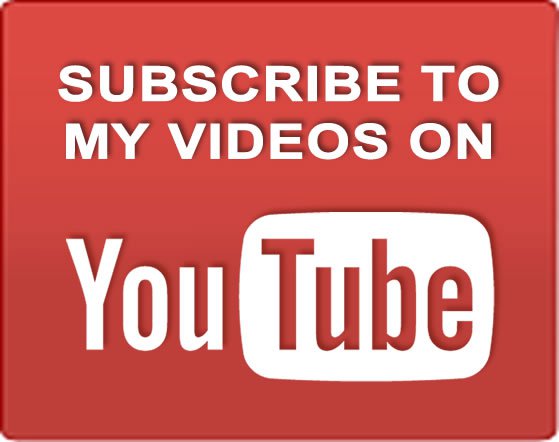