HomeArticlesAre there any songs left to write?

Are there any songs left to write?

We’ve probably all wondered this at some point or other. You turn on the radio and it’s yet another song that sounds much like one you’ve heard before. So, are there any songs left to write? Let’s get straight to the maths…

To figure out if there really are there any songs left to write, let’s first get a sense of how many songs it could ever be possible to write. Let’s take one octave of the C major scale: C, D, E, F, G, A, B & C; the final C being one octave higher than the first.

At the moment these notes are all Gs.

Now let’s see how many different melodies we could compose within this one bar, using just our eight notes from the C major scale. 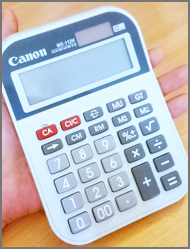 The second note could also be one of these eight notes. So that means there are 8 x 8 = 64 possibilities for the first two notes.

Note three brings another 8 possibilities so that means there are 8 x 8 x 8 = 512 possible three-note melodies.

That’s quite a lot of different melodies already. And we’re only halfway…

Let’s cut to the chase. The number of possible 8th note melodies in a single bar of C major is:

That’s over 16 million of them.

If each one of those melodies was 5 seconds long, it would take nearly 100 years of solid listening to hear them – not including toilet breaks.

The other five notes

Nobody says you can only compose a melody using just one scale. We still have the notes Db Eb Gb Ab & Bb available. So let’s add those into our sums.

With 13 notes instead of 8, my calculator tells me we would have this many possible 8-note melodies: 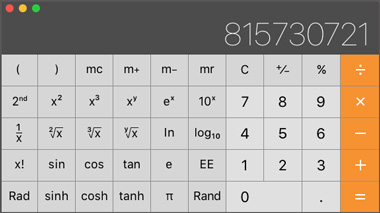 The overall effect of each of those notes is different depending on the chord that’s played underneath it.

Sing the notes C and then E over a C major chord, and then over an Am chord and the difference between them is obvious.

And that’s just two of the many chords out there.

Why limit ourselves to one octave? There are plenty of melodies that go beyond this. Frank Sinatra’s recording of New York New York, for example, uses an octave and a half.

By the way, if you haven’t yet learned to read rhythms, I recommend working through the book Modern Reading Text in 4/4 For All Instruments

I’m not even going to try to work out how many one-bar melodies we could now have. We can see it’s an enormous number though. And we haven’t even considered song lyrics! 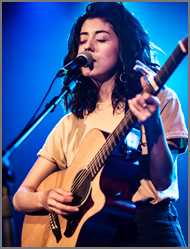 So why are there so many similar sounding songs?

Some people ask ‘are there any songs left to write’ because they notice how many songs seem to sound like others songs that they already know.

It’s not imaginary. A lot of songs really do sound a bit like others. Why is this? Probably it’s to do with balancing ‘the familiar’ with ‘the original’.

It’s easy to compose something original. Just detune your guitar and play a load of random notes and rhythms.

That doesn’t mean it’s necessarily bad, but unless the listener is remarkably open-minded, it’s likely to be too original (i.e. too unfamiliar) for them.

Most of us humans like music that’s fairly familiar. We can make sense of major and minor scales, and mostly consonant harmony. We can understand logical chord progressions that ‘go’ somewhere, like Dm7 G7 C.

A little bit of the unexpected thrown into a song can be great too (we’ve all heard the words “I love that bit where it goes…”). But for the most part, mainstream popular music is built around well-established musical traditions that evolve quite slowly over time.

In conclusion, if you’re a songwriter and you’re wondering are there any songs left to write, relax.

There are probably more songs waiting to be written than there are grains of sand on the planet.

If you liked this article ‘Are there any songs left to write?’ please share it with others.